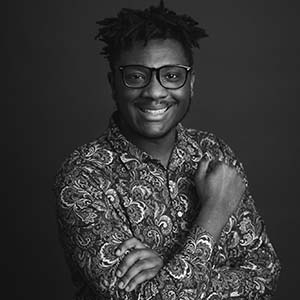 Camden Johnson has lived in the Upstate for about 10 years. A former Clemson Tiger, Camden studied music, youth development and education. He worked in event management for nine years before coming to Community Journals as a Senior Client Services Manager in September 2020.

He’s currently a student at Pathways Theological Education Center in a ministry preparation program. He enjoys music and spent several years working in the music industry. Cam served as president and head of A&R for Death Valley Entertainment, a student-run label at Clemson. He loves producing music and live entertainment.

He spends his free time serving his community, cooking, and being around friends. He’s a fan of southwestern food and RuPaul’s Drag Race, which he watches every Friday night and several times throughout the week.