“When I was 14, my father was so ignorant I could hardly stand to have the old man around. But when I got to 21, I was astonished at how much the old man had learned in seven years.” -Mark Twain 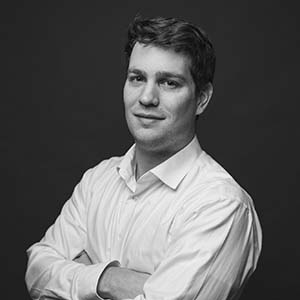 Evan Peter Smith has spent the past nine years working as a reporter in southeast Ohio, Washington, D.C. and South Carolina.

Originally from Columbus, Ohio, he received a degree in Journalism and Marketing from Ohio University. He worked as a staff reporter for the Athens News in Athens County, Ohio, and went on to work for USA Today covering three counties in southeast Ohio. In 2015, he moved to Washington, D.C., where he spent three years covering Capitol Hill. Eventually he grew tired of commuting two hours each day while also paying insanely high rent for a tiny apartment, so he decided to move to Greenville and since then has only fallen in love with the area even more.

He spends his free time swimming laps, running, hiking, and then ruining all that by eating stupid amounts of burgers and fried food. He primarily writes about economic development, startups, tech, real estate development, affordable housing, food and hospitality, and county government.

Mostly, though, he is primarily known for having an adorable dog named Chester whose cuteness will be remembered by his coworkers far more so than anything Evan ever does.